Quick Questions on Virgo and GWs: “How does Virgo work?”

Home / Quick Questions on Virgo and GWs: “How does Virgo work?”

This post is part of a series about quick questions and answers about the Virgo experiment and the science of gravitational waves. Do you have a quick question yourself? Tell us and we will reply!

“How does Virgo work?”

According to general relativity, the passage of a gravitational wave induces a very small deformation in the “fabric” of spacetime. In order to detect such a deformation, one monitors the interference of the two halves of a laser beam split to travel along perpendicular directions. A gravitational wave will modify the light paths in the two perpendicular directions differently, which will induce a change in the interference pattern when the two halves of the laser beam are recombined at the detector output.

This optical configuration of Virgo is called a Michelson interferometer (originally invented in the XIXth century to measure the variation of the speed of light along different directions) and allows the possibility to unveiling tiny spatial deformations, such as those produced by gravitational waves. In fact, the effects of gravitational waves are expected to be so small that they can be hidden by many sources of spurious signals, called background noise. The capability of reducing these noises as much as possible is therefore a key requirement for Virgo.

Do you want to know more? Check it out this page 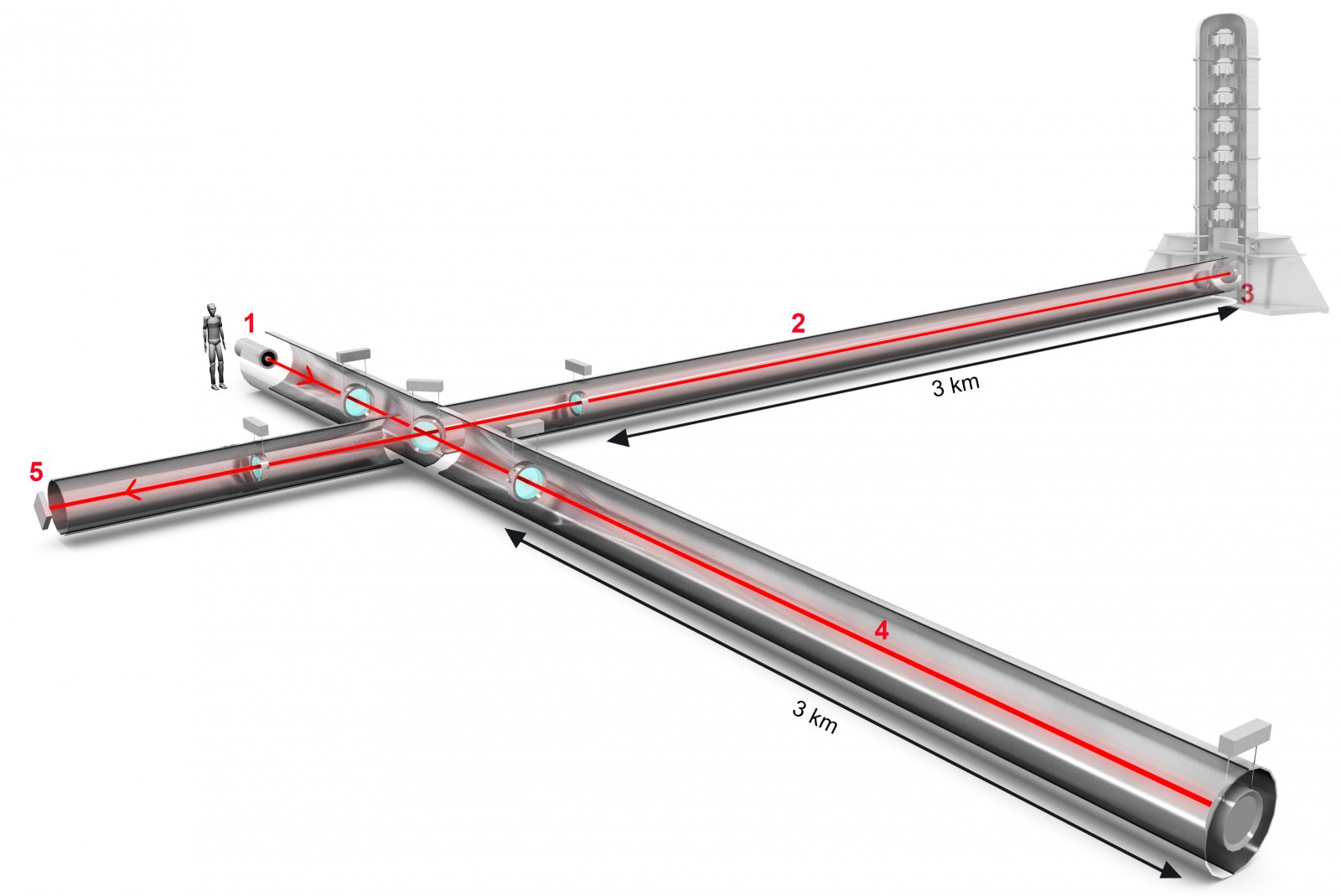 Artist\’s sketch of the Virgo interferometer with its suspended mirrors.
Credit: Virgo Collaboration/LAPP