Quick Questions on Virgo: “What are the technologies of Advanced Virgo?”

Home / Quick Questions on Virgo: “What are the technologies of Advanced Virgo?”

What are the technologies of Advanced Virgo?

They are many and span several engineering fields: therefore, only the main ones are listed here. The Advanced Virgo mirrors are heavier (42 kg) than those used in Virgo, which makes them less sensitive to the tiny fluctuations in the highly stabilized laser light power.

The beam size is larger to better average the fluctuations of the mirror surface positions, the so-called thermal noise. Their special coating makes them low-loss, which allows the laser light to circulate many times in the interferometer. Ultimately, the power stored in the arms should reach about half a megawatt while the input power will be 200 W. This will help to reduce the so-called photon shot noise.

The mirrors are still suspended to the Virgo “super-attenuators”, a system capable of reducing the seismic vibrations by a factor of 10,000 billion above 10 Hz. Moreover, the entire instrumentation (photodiodes and cameras) monitoring the interferometer are seismically isolated as well, and installed under vacuum. A high-quality vacuum, with a residual pressure lower than a millionth of a millionth of an atmosphere, suppresses interactions between the laser beams and residual gas molecules. Preserving the vacuum requires “cryogenic pumps” made of tubes cooled down by liquid nitrogen on both ends of each detector arm. 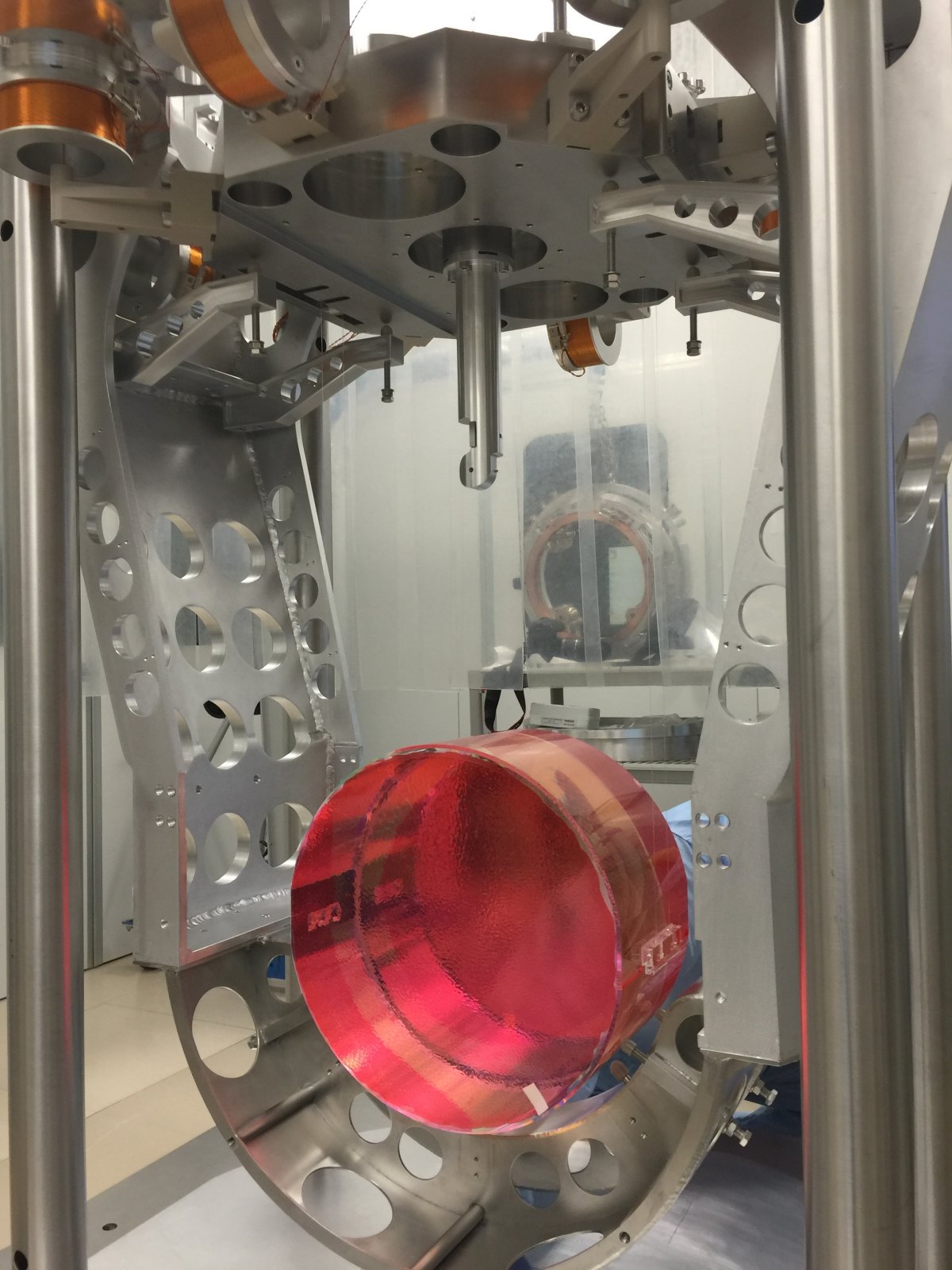