The first Advanced Virgo test mass has been installed at the input of the east-west arm of Virgo. The test mass is a semireflecting mirror hosted in the “payload”, a sophisticated part of the interferometer located at the two ends of the optical cavity in the east-west arm of Virgo. Being at the input, the test mass is capable of transmitting and reflecting the Virgo laser beam. In order to suppress the effects of the seismic noise, the test mass is suspended from a chain of mechanical filters, a sort of multiple pendulum called “superattenuator”, acting as vibration isolator an thus strongly reducing the seismic vibrations transmitted to the mirror.This milestone represents a remarkable achievement, since the new payload integrates several key technologies and, since the beginning of Advanced Virgo, has been regarded as of the main technical challenges of the project. 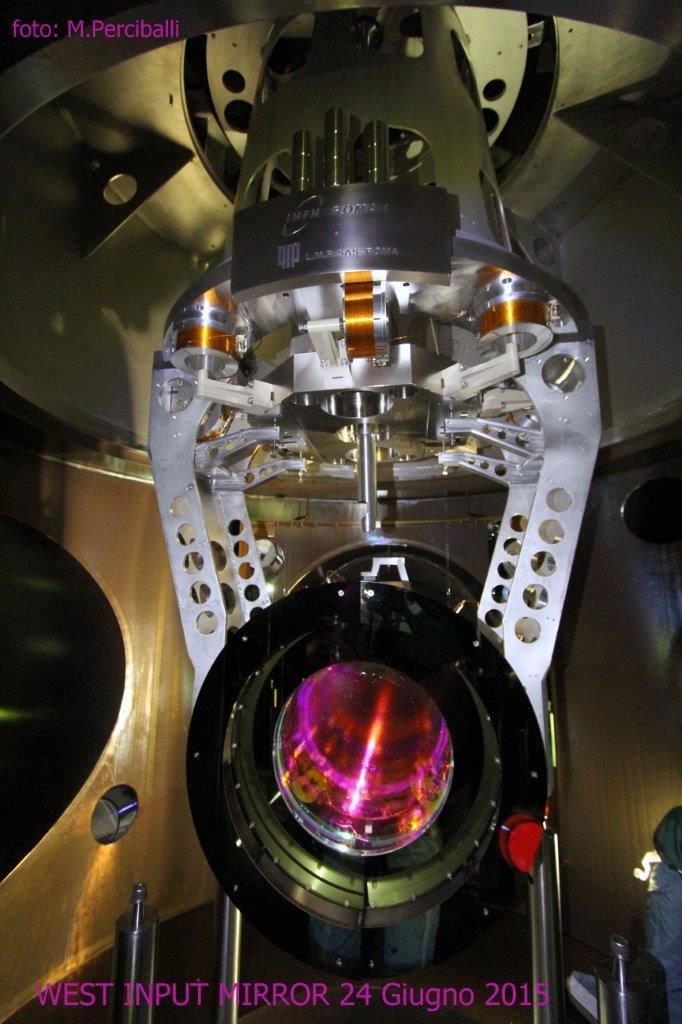 Beside the test mass, a complex, 20-cm thick piece of optics that weighs 42 kg, the payload also suspends the Compensation Plate, a large mirror to correct the thermal aberration via a CO2 laser, and the ring heater, used to thermally correct the radius of curvature of the test mass. The optics of the test mass is also covered by large absorbing baffles, that mitigate effect of the scattered light.

The test mass is suspended by means of fused silica fibres, which realize a “monolithic suspension” capable of drastically reduce the thermal noise associated to the brownian motion of the wires. This achievement is the conclusion of a long and intense work involving many groups and subsystems and represents an important step forward towards the completion of the detector.